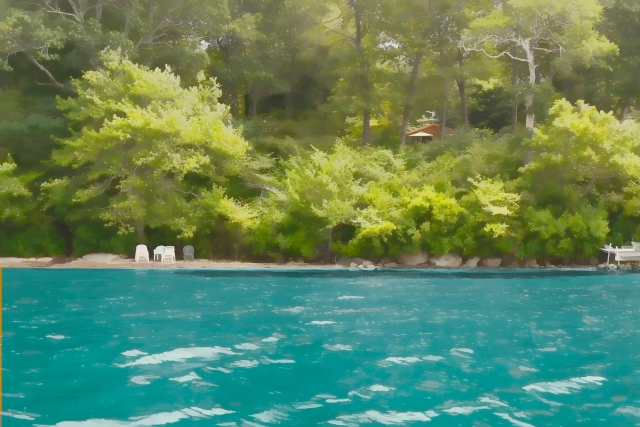 How I have wished that these words be so.  How I have grieved when I thought that they were not so, and how much joy and gladness did I receive when I knew with my heart that these words were the word of God.  I took the plaque off of the wall in my mother’s kitchen shortly after she died.  There were other things from the house that I wanted, but that plaster of paris plaque embossed with the words of the gospel and painted with small red roses and green leaves to illuminate the words hung forever in the kitchen and these words were such delicious words of hope, especially among the crude and poor ways that we had to struggle to survive.  These words seem to make it possible for me to have what I might want.

In the beginning, I could l not let myself want anything for me personally–that would have been selfish and in those early years of good catholicism to be selfish was a sin as surely as was adultery and coveting.  Two words that i did not understand, but understood to be very, very bad.  So I conditioned myself to not covet, and by the time that I knew what it meant, it was too late I was coveting all over the place and my soul must have already been condemned to many, many years in purgatory.  So I blessed myself, went to confession and made sure that I wore the scapular medal attached to my underware, because if I was killed, or found a way to die, the scapular would be a sign to St. Peter that I could by pass purgatory and go straight into heaven–as long as I had no mortal sin on my soul at the time of death.

Now to my non-catholic readers this myth of protection from hell and purgatory must seem a bit far-fetched, but when these are the admissions that you let in every since learning how to speak, they are very, powerful admissions, indeed.  Also, there was one more way to insure Grace and that was to attend mass for nine consecutive First Friday’s of the month.

These days that has been replaced with nine consecutive Monday’s at Mimi’s Artist Way meeting.  I’m am not sure what the indulgences are for , but the benefits are surely more immediately gratifying than the nine First fridays. Well, as least the earthly rewards are more tangible, the rest will only be told in the future.

Flash back–1952.  The walls in the kitchen is plastered and the paint is a shiny gloss that is meant not to peal and it can easily take a wash from the grease and the splatter that comes from the deep frying oil that sits on the electric range.  The window to the side looks out into roger and richard’s yard which doubles up as a junk yard for old cars.  Now by old I mean, a 1939 Cadillac and maybe a Packard and a Studebaker as well as shells of older cars that are there for parts.  Richard’s grandfather lived on the first floor and he had build a garage with a pit in it so that cars could be driven over the pit and you could work on the underside of the car by lowering yourself into the pit by a small ladder against the wall of the pit.  We were always being warned not to fall in, because there was hell to pay if you did.  It seems in retrospect that it would have been far enough damaging to fall into this grease pit without having to worry about what would happen if you were lucky enough to survive the fall without breaking your neck or an arm or a leg.

Even as far away as our yard, my mother hated that she could smell the grease and the oil from the dead cars.  And after all, this was her kitchen window.  Mostly she kept the shade drawn because she was concerned that someone would want to look in and see …what I can not imagine, because all that ever happened there was she mixing drinks or deep frying potatoes.

Fast forward–July 2010.  The day is a bright and crisp summer afternoon.  A breeze comes across the lake from a south westerly direction and I am comforted by the very noises that are made by the birds and by the occasional boys swimming in the lake below me.  I am some fifty yards from the water and I can hear the water lapping against the shore.  The trees are very tall and the pines that circle the property were placed exactly where they were placed by Ray who loved this piece of land and tented here while building what would become my summer house, or my retirement home, after it being his for some forty years.

How lucky am I?  What great fortune and perseverance that I must have had to hold on to this dream that was my mother’s dream before it became mine–to live in the woods in a cabin near a lake where she, or i would never have to be bothered by neighbors and other wrecks of nature.  The sun is hanging at a 45 degree angle at the moment and the shimmer that it is causing against the lake reflects on the leaves of the tall oaks and maples that surround the lake.  Everything is a glow, the sounds are mellow and even the voices of children in the distance seem to mingle with the breeze to create a windsong.

Windsong is the name of this chalet cottage and the more we settle into the sacredness of this piece of land the more we are content with the name that the folks who built it gave to it some nearly forty years ago.  Thanks Mom for lending me your dream.  Your longings which not often materialized taught me something about how to ask the universe to provide for the comforts and the serenities that I so need to live a sacred life myself.  I give myself to my longings.  I allow my dreams and my wishes to be present, not to be out there in the then and there.  i ask for what I want in the here and now.

It sounds like a cliche and maybe it is for all I know.  But this I can say with certainty:  I have scarcely ever given my self to a dream that did not come true.  I mean that.  When I allow my wished to be present in the moment, I seem to be intent on having the moment create the sensation of contentment and it most often does.

Contrary to the widely money making books on the topics of manifesting, it is not really a Secret at all.  Manifesting is a system of taking your life from exactly where it is in the current moment and saying to yourself with conviction that i want better than this.  I want at least this or better.  I want to move toward that mental system in my head that allows in Joy and Gladness and Serenity so that i can learn to want those things that are in line with who I am.

Thanks Mom…you gave me so, so much to aim for.  I am sorry that you were not around to see it happen, but my life took on all the dimensions that you wished for me.  You manifested your dreams through me and for that I am grateful and i hope to pass on your perseverance to your grandchildren and their grandchildren as well.

I am sorry that the window that you had to look out of was marred by grease and oil and wrecks and beer bottles scattered where a lawn ought to be, but as I think back, I finally know why you always pulled the shade down.  It was not so that they would not look in, it was so that you did not have to look out.  You created your own little paradise just outside the window by the sink, the one that looked out to Mrs. Trottier’s yard and the little Night Owl cabin that Dad built.

I guess what I am really sorry about is that i never got to know when you were happy and as such, I always thought you were not and that so angered me.  I still have that tendency with your grandkids.  If I think they are unhappy, I seem to become unhappy over that.  I need to get over that one sooner that you were able to.

I want my kids to know that I love my life, love them and want them to have their dreams soaring as high as eagles soar, and i want them to be able to dive down into the darkness of the sea and swim back to the top with a fish in their talons.  i want them to improve on your dream and make it theirs like I made yours into mine.  I gotta go, Ma—the Canadian Geese are hawking and the evening song of the birds is beginning to draw my attention to watch the nightly sunset over the lake.  You would have loved it here.  Thanks, again, Love, Jr. 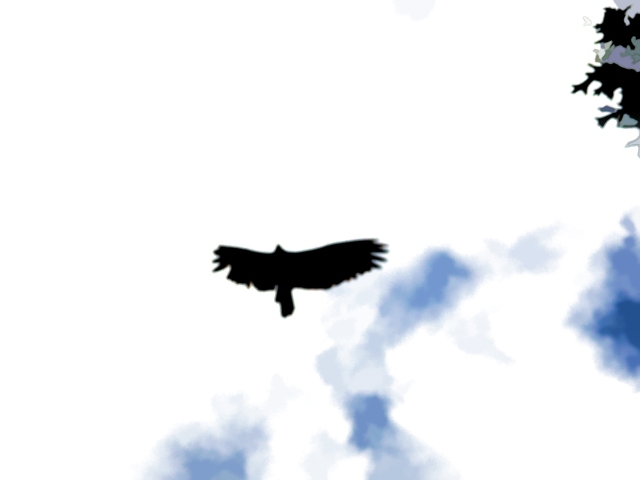